Dragons had been the favorite fantasy creature for people sin ancient time and that is going to remain the case for the coming times as well. The fantasy games and series like The Elder Scrolls: Skyrim or the Game Of Thrones are the reminders as to how great these mythical creatures appear.

Well, too bad for us that they are only mythical.  Well, wait for a bit, are they really mythical? No, they are now not so mythical and we are to thank a street theater company for thanking for this which goes by the name La Machine. This team built the one gigantic and full functional dragon of mechanical sorts. The great thing about this dragon is that it spews fire out of its mouth.

The massive mechanical dragon was presented in the city of Calais, France for the first time by a street theater performance company named La Machine.

At the start of the November of this year, the city of Calais, located on the port side of France saw one of the greatest performances of all time; a gigantic fire-spewing dragon that appeared out of the skies. That 3-story monstrosity was made to wander in the streets of Calais for days as it set anyone to bales who got in the monster’s way. It slew every hero that came it’s way. Well, it is not exactly how it happened but seeing that dragon was still really cool.

Dragon of Calais or also known in French as “Le Dragon de Calais” was debuted to the citizens of Calais this November 1st. A team of 17 personnel was working to control this gigantic beats as it was paraded in the streets of the city. The key areas where this dragon was paraded through included the Saint-Pierre, the Sea Front, and the Calais-Nord. These were also the places where the major performance by La Machine was held for this dragon. It is being said that this performance will serve for the prologue to the public introduction of the dragon as the City Machine.

La Machine’s Digital Communication Manager named Pauline David said to media, “the idea for creating the mechanical animal for our performances comes in the shape of a sketch which is drawn by our team leader named François Delarozière. For a city like Calais that is a widespread city between earth and sea, François Delarozière wanted the mythological creature that was the mix of all 4 natural elements; water, air, fire and earth.

This giant mechanical dragon weighed about 72 tons and reached a height of almost 10 meters whereas its length is extended to almost 25 meters.

La Machine, the theater group was founded back in 1999 and led by none other than sketch artist of the group François Delarozière. The troupe of La Machine has numerous artists, designers as well as technicians. All of them work in tandem to create really unusual objects for their theatrical performances. La Machine and its team of workers has also created memorable waling giants such as “Le Gardien du Temple”; The Guardian of the Temple Minotaur, “La Princesse”; The Princess Spider.

Pauline David elaborated about this mechanical beast’s inspiration, “every machine ever built by our company has been inspired by nature. The design of the Dragon de Calais is inspired from the Komodo dragon and the iguana. It has been colored in the color of the sea, which is a transition from a green color to blue. This color change represents the change of weather, the rain pattern and the sun.”

The mythical Dragon was paraded through the streets of Calais for 3 whole days after which it became the permanent residence of the city.

The performance from La Machine was split into 3 acts with one for each day. The first one was “The Confrontation”, where the dragon arrives in the city but falls asleep due to snow. Then there was a second act called “Ambushes”, where the dragon starts its march through the city and surprise the inhabitants of the city with its presence. The final act was “The Reconciliation”, in which the dragon learns about music and thus forms a bond with the locals of the city and becomes the Citizen Dragon of Calais.

This gigantic mechanical dragon was manned by a team of 17 people which raises the question as to how is it possible to operate such a massive machine wit so many folks. Pauline once more explains this, “During the performance of the show, the team operating the dragon communicates via walkie talkies. This also involves a puppeteer, a movement coordinator; both of whom manage the team by issuing them orders from the floor.”

This fully functional mechanical dragon is able to move most parts of its body and is also able to shoot the fire from its tail as well as its beak.

The beast is covered with green and blue colored scales along with a pair of menacing-looking horns and a pair of red wings. All of its parts much as the mouth, wings, legs, neck even its tail are able to move.

Pauline David also told media about their future project, “We are also working on another project we are calling Heron Tree.  It is going to be a massive 35 meters tall structure which will weigh about 1700 tons.”

As per the performance show, the Dragon falls in love with the music and makes the decision to stay with humans.

In 2017, there was a dragon also a mechanical dragon of yellow color unleashed in Ottawa, Canada by none other than La Machine. They named the dragon as Long Ma which was to celebrate the 150th anniversary of Canada.

Then there was the Drachenstich or also simply translated as Dragon Killing performance that was carried out by a massive mechanical dragon called Fanny. That dragon was built and its performance  was performed by the Zollner Elektronik AG, an electronics firm of Germany.

See the teaser trailer for the La Machine’s Dragon of Calais down below.

99-Year-Old Woman Died Leaving Behind An Unfinished Massive Quilt Project, Another Woman Organizes It For Finishing It 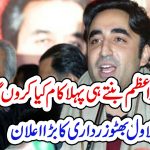 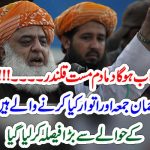