Have you ever wondered about the saying When In Rome, Do as the Romans Do”? This means that that we should adapt to the culture and customs of the place where we might one day get a chance to visit of either a job or simply for spending a vacation. Every country has its own cultures and customs that one must follow when travelling there. While there are literally hundreds of thousands of customs and rules for countries around the globe that one must not do but for starters here are 4 o the basic things that you should avoid doing in a foreign country.

Dress code for each country is different than other countries. For example while it is normal to wear coat and suit as a casual dress, in Asian countries it is not that normal. For some countries walking in shorts and jeans might not be a big deal but for some countries people will certainly frown over that. Keep in mind when visiting any country, to keep track of the dress code that is appreciated by general population or else get ready to get lots of stares coming your way.

Each country has multitudes of customs and rituals for their everyday life as well as for their religion. While visiting any country refrain from doing any activity that can be disrespectful toward their culture. For example it is highly disrespectful to walk in a Buddhist temples with your shoes on. There is custom for European Churches to never eat while covering your shoulders. Disrespecting these rules might not be life threatening but from a morality point of view it certainly is dreadful.

Display of Affections in Public

Consider you are travelling for spending your honeymoon with your significant other. Travelling though your desired honeymoon destination, there is love in air and you feel affectionate towards your partner. What will you do? Normally couples show their affection by hugging and kissing and this might be okay for European countries but for Asian Countries it is highly unappreciated. In some countries like those of Middle East, such acts of affection can get you imprisonment as well.

When in a foreign country always try to follow their traffic rules. Traffic authorities are not going to let you go simply for being a foreigner. Be careful in cities like Dubai were honking horns or speeding is highly punishable by traffic laws.

Genius Pet Gear for your pet’s 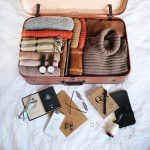