Nearly 2 years ago a 12 years old boy came to a photoshoot of a famed hairstylist with his parents. The boy was quite but he did not seem shy at all. He was invited there to see as to how a photoshoot really works. He was also allowed by the team of hairstylists to come up with few creations of hairstyles for the photo shooting that was being done for the NAHA (North American Hairstyling Awards).

The name of the boy was CJ and CJ was invited to be the part of the photoshoot because he too wanted to be a makeup and hair artist. This is why he was learning about makeup and hairstyling with much passion.

Later it was discovered that his mom is running an Instagram account. The Instagram page tells the stories of how CJ was bullied at his school.

Everyone in this world wishes to be accepted and loved by others and everyone living in the world deserves these 2 rights. CJ had been rejected by his schoolmates and his peers.

While bullying was certainly a tough thing on little CJ, he did not let all that pressure of his peers turn him into a downer. Instead, he used all that negativity as an inspiration to be something more. It allowed him to grow better and stronger as he turned into a role model for all the children that were like him.

As per the Federal Law, all the school students have their right to dress and present that dress in a way that is consistent with the identity of their gender. As long as all the students follow these rules, they can dress anything. This includes wearing the dresses not only at school but also at the school dances, school graduations as well as other events.

CJ says, “I have never felt this way. I have been suffering bullying very badly but due to it, I have come out much stronger. These bullies are not going to stop me from being me. I think it is really important for people including all the haters and bullies, for seeing me because everyone needs to see that there are people like me in the world. Gender creative kids also need to see other kids like themselves. The more others see people like me, it makes us less different and the more they are going to accept people like me. Besides, there is now way I am ashamed of myself.”

CJ not only was brave enough to follow his own life choices but he also has helped raise the awareness in his community and school. He is currently a working advocate for the LGBT community. He says, “My mom says that if you are in a position to help other people, you should. So that’s what I do. I helped make my elementary school the first school in the district to adopt a dress code that wasn’t gender-specific. One year later, the dress code was used as a model for implementation at every elementary school in the district. That’s 26 schools! Through meetings and email campaigns, I got my school district to stop sex/gender segregation in elementary school PE classes and to stop having special event dress codes that were illegal because they discriminated against gender creative students. If I can see a way to make life better and easier for gender creative people, I always try to do it. Being kind, sticking up for others and not being a jerk. That’s what life is all about.” 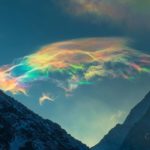 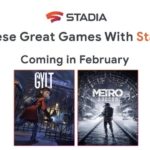