A woman named Juliana Lamar who is not only a mother but is now also a newly graduated lawyer had the State Bar Oath administered by Judge Dinkins as he was carrying his 1-year-old son named Beckham.  Before swearing Lamar into Bar, Judge Dinkins asked Lamar to hold her baby so that he could baby Beckham could also have a chance to be a part of this great moment in her mother’s life.

The adorable video of a judge named Judge Dinkins holding the 1-year-old baby boy named Beckman Lamar, as he administers a State Bar Oath of the boy’s mother, has gone viral over the internet.

After law students complete their law studies, they need to see the admission into the bar in the USA for practicing law in any state. For this purpose State Bars which function as the professional lawyer associations normally regulate the legal processions within their jurisdiction as well as serving the other members of the State Bar.

Juliana Lamar was about to be admitted to the State Bar in Tennessee when the Judge named Dinkins, who works as the Court of Appeals Judge, assigned for the purpose of administering Lamar’s oath, offered his help to hold Lamar’s son for the entire occasion.

The video of this swearing-in instantly went viral over the internet with the baby Beckham stealing all the limelight.

The video of the occasion has gone viral where Judge Dinkins can be seen rocking and bouncing the baby Beckham on his arm while he speaks the entire oath. The video ahs over 65000+ views and counting along with getting retweeted tens of thousands of times on a daily basis.

For Lamar, this was a historic moment of her life after she completed her law graduation degree from the Belmont University College of Law. In between her studies, she gave birth to her son a year ago. Despite undergoing a C-section and was in need of a recovery period after the birth of her son, Lamar returned to her studies in only 1 week.

It was Lamar’s husband named Javon along with the love of her son and her mother that allowed Lamar to keep on going with her studies and finish her law graduation.

Watch the video of that amazing moment when Judge Dinkins bounces and rocks little Beckham Lamar on his arm while reading the oath. 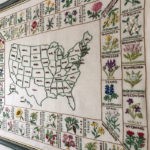