While there are many performances in cinema history that are unforgettable but there are some movie roles that will remain in memory as the grandest. The reason for their memorable fame is the effort that the actors have put in to change their appearance by either body transformation or through makeup.

For our readers today we bring you a list of such actors who made shocking changest their appearances for movie roles.

For this movie, Jared Leto lost a total of 30 pounds in weight and on an Oscar for the role. He never dropped his character even when he went shopping for groceries.

She gained 30 lb for the role and also had to pull a radical physical transformation to play Aileen Wuornos. This included dying her hair, shaving her eyebrows, wear prosthetic dentures and makeup that made her skin look stained and aged.

To achieve the physical traits of his character, Christian Bale gained over 40 lb, got a combover, slouched, and ended up herniating two of his disks in the process.

When asked about his diet, he simply answered, “I ate a lot of pies.”

For his role as Trevor Reznik, shape-shifting champion Christian Bale lost 63 lb. The movie producers also claimed that Bale actually wanted to drop down to 100 lb, but they would not let him go below 120 lb out of fear that his health could be in too much danger if he did.

For her role as an obese woman, Paltrow had to go through 4 hours of makeup. She even walked around like that in public, stating no one would recognize her or make eye contact with her.

The Oscar winner lost 47 lb for this role as an AIDS patient. He lost 8 lb only in the first 2 weeks by burning 1,800 calories a day. His diet: 5 ounces of fish and vegetables.

The young actor had to bulk up fast to perform his role as the boxer Billy Hope. He accomplished this by exercising twice a day, 7 days a week, for 5 months. 2,000 sit-ups a day, 8-mile runs, and core/weight training was also part of his intense workout.

Cate Blanchett; I’m Not There

The beautiful actress had to portray Bob Dylan in the mid-60s for her role so she needed to wear a wig, sunglasses and men’s clothing. She also wore a sock down her pants, saying “it helped her walk like a man.” Edward Norton — American History X

For this unforgettable performance, Marlon Brando was inspired by real-life gangster Frank Costello, imitating his distinctive voice. Besides losing weight, he stuffed his cheeks with cotton, wore a mouthpiece made by a dentist, and wore a lot of makeup to help him look older. All of these efforts gained him his second Oscar.

Tom Hanks, who performs the role of an AIDS patient, had to lose almost 30 lb to appear appropriately gaunt for his courtroom scenes. Matthew McConaughey reportedly called Hanks for advice before shooting Dallas Buyers Club.

Pictures that prove anyone can sleep anywhere 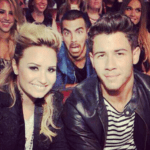 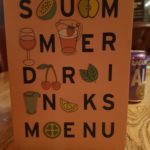