Time and time again, ordinary people come through for one another. The Good Samaritans on this list have made incredible sacrifices to help others—whether it was time, money, food, clothing, or shelter. These people are not rich or famous. But they still went above and beyond to help those in need.

In 2008, British soldier Phil Packer was wounded in Basra, Iraq. Doctors told him that he would never walk again because of his spinal cord injury. He proved his doctors completely wrong. A series of grueling training sessions, primed the military man for the London Marathon.

In the terrible aftermath of 9/11, a tribe in Kenya; The Masai, who know little of North American cities or their towering skyscrapers, bestowed one of their most prized possessions; Cows. In 2002, the tribal elders gathered together and blessed 14 cows. The tribesmen held aloft signs that read, “To the people of America, we give these cows to help you,” as they danced around the baffled bovine. The herd was then handed over to William Brancick, the former US embassy deputy head in Kenya.

Hairdresser To The Homeless

Mark Bustos is not only a hairdresser to the stars but also a hairdresser to the homeless. Bustos works for Three Squares Studio, one of the most lavish hairdressers in all of New York City. The famed establishment boasts a client list of top celebs, including Naomi Campbell, Chris Evans, and Aaron Paul. On Sundays, the self-proclaimed “humanit-HAIR-rian” is often seen giving free haircuts to the homeless of Union Square. He has also traveled around San Diego looking for destitute Americans to help.

The Quebecois woman created a Facebook page that emphasized the plight of Canada’s less fortunate. Members of the public were invited to donate Christmas baskets, blankets, clothes, school equipment, and bicycles. Set up in 2013, Lapierre’s nonprofit has spent around $70,000 on operations and galvanized thousands of volunteers.

James Robertson, the Detroit man walked a whopping 34 kilometers (21 mi) each day to get to and from work. Come rain, snow, cold, wind, or shine, James was always prepared for work and did not miss a single day. Hearing of James’s astonishing work ethic, a local student created a GoFundMe campaign Over 13,000 people donated $350,000 within a week of the campaign commencement. In the end, the Suburban Ford of Sterling Heights dealership gave James his Ford vehicle for free.

Kate McClure stopped on Philadelphia’s Interstate 95 after running out of gasoline. Seeing McClure in a panicked state Johnny Bobbitt Jr. offered to fetch some gas from a nearby station. McClure says that Bobbitt’s generosity was completely unprecedented. Bobbitt, a Marine vet and trainee paramedic, became homeless in 2016. McClure made return trips to I-95, searching for Bobbitt to repay the money. She also gave him winter clothing, water, and extra cash to buy food. Not wanting her rescuer to become cold over the winter, McClure set up a GoFundMe page with her story. The donations poured in thick and fast, surpassing the original $10,000 goal. Over 14,000 donations later, Kate’s campaign had raised more than $400,000.

In 2009, Daniel Black was left paralyzed after a motorist collided with his bicycle. a family friend helped to raise thousands of pounds to pay for Dan’s surgery. It was hoped that he would get the opportunity to walk again one day with the aid of stem cell therapy. Dansoon learn of a disabled boy named Brecon Vaughan. The five-year-old suffers from spastic diplegia cerebral palsy (aka Little’s Disease). The condition presents stiff muscles and coordination issues, particularly in the legs. He donated £20,000 to Brecon’s surgery, representing about a third of the overall campaign goal.

Daniel’s sacrifice was celebrated at the 2013 Pride of Britain Award. Incredibly, the humble man did not feel his donation was particularly noteworthy.

Cassandra Gee (aka Cassie Swirls) started painting when she was just three years old. Cassie’s efforts left her mother stunned: “Oh, my God. That’s better than mine.”Buyers started lining up as Cassie’s paintings started to gain notoriety, and many of the paintings sold for hundreds of dollars. Cassie auctioned off her paintings and donated the proceeds to a slew of charities. The Royal Society for the Blind, the Trailblazer Foundation, and Cancer Council Australia are just a few of the charities to which Cassie Gee has donated money.

Stephen Sutton was just 15 when doctors told him that he had incurable bowel cancer. In 2013, with just over a year to live, Stephen made a “bucket list” of things to do before he died. He devised Stephen’s Story, his own blog, and published a list of 46 goals. The No. 1 spot on Stephen’s bucket was list to raise £10,000 for the Teenage Cancer Trust. With the help of a few celebrities, Stephen raised a staggering £3.2 million. In 2014, Stephen died. His mother, Jane Sutton, accepted her son’s MBE (Most Excellent Order of the British Empire). She continues her son’s incredible legacy, raising money for the Teenage Cancer Trust.

People You’ve Never Heard of Who Changed the World

Famous People from History You Had No Idea Were Hot 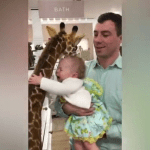 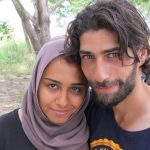