It has been quite some time that Apple has released the iOS 13.2 and this latest iOS update also comes with new 398 Emoji. There are a lot of brand new Emoji which includes the Emoji to describe the people who have disabilities along with the gender-neutral Emoji.

The new iOS feature also lets the users of the iPhone select for the skin color for each individual in the Emoji section of ‘Holding hands”.

Take a closer look at some of the options presented by Apple for the gender-neutral Emoji in the iOS 13.2.

Below is the video of the interface look as the user picks the skin color for every person in the Emoji section of Holding Hands. 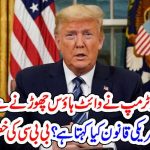