In the last few decades, drag culture has grown and expanded in ways that few people expected. Ask most people who the oldest drag queen they know is, though, and they’ll probably answer Divine from Pink Flamingos or RuPaul, and maybe someone will mention that Ed Wood dressed as a woman in Glen or Glenda. What many people don’t know is that today’s drag performers have a long cultural tapestry from which to draw inspiration. To help educate drag fans, this list will review few of the most amazing American drag queens who were born before 1900.

Born in 1840 as Ebenezer G.B. Holder, Rollin Howard became one of the first drag queens in the United States to have reached a level of national popularity. Before the US Civil War, drag performances in the United States were relatively rare. But after the war, Howard was one of several well-known drag performers, including Francis Leon. Howard is best remembered for receiving credit for arranging “Shoo Fly, Don’t Bother Me,” The song is recognized by many for its use in the 1998 Disney/Pixar film A Bug’s Life. Like many performers, Howard died before his time around the age of 39.

The Only Leon And His 300 Dresses

New Yorker, Francis Leon was born in 1844 and was also became a famous blackface minstrel performer. Trained as a boy soprano, Leon started performing in drag at 14. he performed a wench character much like Rollins. A centerpiece of his act was “Leon’s 300 dresses,” with some of the dresses worth $400, quite a lot of money for the time. Leon’s act was so popular that by 1873, every major minstrel troupe had Leon imitators. How Leon spent the end of his life is not known, but the last reference to him was in 1883, when he joined the San Francisco minstrels.

The Drag Performer Who Played Widows

Neil Burgess was born in Boston in 1846 and lived an extraordinary life as a drag performer. He specialized in playing elderly widows.

Burgess began his career around 1865, when he filled in for a sick actress. His friends recalled him as “not the least bit effeminate” but still extraordinarily gifted at performing as a woman. Burgess’s last performance was the elderly widow Abigail Prue in the musical County Fair.

Brigham Young, a major figure in the Church of Jesus Christ of Latter-day Saints as well as the founder of Salt Lake City. Most people, however, do not know that his son, Brigham Morris Young, was a famous drag performer.

Morris Young performed drag under the pseudonym of Madam Pattirini throughout locations in Utah from the 1880s to 1900s, including at the Sugar House Ward, which was a Mormon meeting house in Salt lake City. Morris Young’s son wrote that Madam Pattirini’s falsetto was so high and feminine that it fooled many people into thinking that Morris was actually a woman.

The Drag Performer Who Got Struck By Lightning

Bert Savoy was born in Boston in 1876, and by the 1890s, he was performing in carnivals, honky-tonks, medicine shows, and stock companies. Savoy first performed on Broadway in the show Miss 1917, with an act called “The Society Jesters.” Savoy became known for playing bawdy drag queens in the vein of Divine. On June 26, 1923, Savoy was walking along Long Beach with four friends when a thunderstorm suddenly appeared. Before he was struck and killed by lightning, Savoy is claimed to have quipped either, “Well ain’t Miss God cuttin’ up somethin’ fierce?” or “That’ll be quite enough out of you, Miss God!”

The Drag Performer Who Danced With A Snake

Born in Denmark but raised in San Francisco, Bothwell Browne was one of the first drag performers to appear on film. In 1911, Browne starred in the Broadway show Miss Jack, which was about a college student who goes in drag as a sorority girl. In 1919, Browne made his only film appearance in the Mack Sennett production Yankee Doodle in Berlin, which was partially World War I propaganda. In the film, Browne played an aviator who dresses as a woman.

During one live performance, Browne even danced with venomous snake. Unlike other drag performers at the time, Bothwell was openly gay and never married or had children.

William Julian Dalton (who was better known as Julian Eltinge) began appearing dressed as a girl with the Boston Cadets at the age of ten. After discovering his drag performances, Eltinge’s father savagely beat him. At the age of 23, Eltinge appeared on Broadway. Before long, he was world-famous and appeared in vaudeville acts throughout Europe and the United States.

Unlike many other drag performers at the time, Eltinge tried to actually present himself as a woman rather than as a caricature. To help preserve his feminine identity, he performed as just “Eltinge” without revealing his act. At the conclusion of each performance, Eltinge would remove his wig to reveal his masculine identity. Off the stage, Eltinge emphasized his masculine qualities by getting into fights and smoking cigars. As a result, writer Dorothy Parker created the word “ambisextrous” to define Eltinge.

The Drag Performer Who Killed A Man

Born in 1892, Ray Bourbon is most remembered for his outrageous behavior and his shocking monologues. Bourbon claimed that he was the illegitimate son of a Texas congressman and that his mother had been from the “Habsburg Bourbons,” a rare and now extinct line of European royalty. Bourbon’s career, however, would soon come to a tragic end. In 1968, he was arrested for murdering a kennel owner who had kept Bourbon’s more than 70 dogs. After being sentenced to 99 years in prison, Bourbon died in 1971.

The Drag Performer Who Was A Sergeant

Known as “Half-Pint” due to his 157-centimeter (5’2″) height, Frankie Jaxon was born in 1896 (or 1897 according to some reports) and made his living as a vaudeville performer and female impersonator. Jaxon began his career in 1910, performing in bars, cafes, and movie theaters. In 1918 and 1919, Jaxon took a break from performing to serve in the US military, where he was promoted to the rank of sergeant. 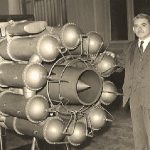 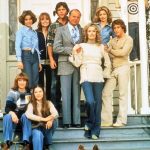