Good news for the members of the Amazon Prime, their subscription worth of 119 dollars annually is going to give them more bang out of their buck. Amazon is planning to launch its free 1-day shipping service which means that instead of waiting 2 days for your package, you will get it after 1 day.

Brian Olsavsky, the CFO of Amazon shared the news about this free 1-shipping service on Thursday at company’s first-quarter earnings call stated that Amazon has set aside 800 million dollars in investment to make the one day logistic possible soon. Amazon, in its first quarter of the year, has made nearly 3.6 billion dollars in profit.

The news of this 1-day shipping service comes right after tech media sources revealed about the increased firing rates of its staff at their fulfillment centers. The reason for these mass firing is these staff members not working fast enough.

According to media sources, “Amazon was firing more than 10 percent of its staff on an annual basis solely based on the reasons to achieve higher productivity.”

With this new shipping service, workers of Amazon will now be put under a lot of pressure again as they will now need to get the products from the centers and to the doors of the customers within 24 hours.

Manila Gets Hit by A 6.1 Magnitude Earthquake resulting in Water to Cascade down from the Rooftop of a Skyscraper

Passengers departing from a U.S. airport will have their faces scanned 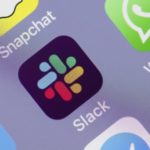 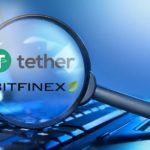