For those of you who are using their Samsung Galaxy S10 smartphones on the Sprint, Verizon and T-Mobile mobile carriers, then you are eligible to download the Android 10 on your smartphones right now.

The Android 10 update has been rolled out for the Samsung Galaxy S10 smartphones in the US yesterday and the final call of letting the new Android 10 update to rollout falls to 4 major wireless mobile carriers on these phones.

Following is the state for each of the mobile carriers related to the rollout of Android 10 on the Samsung Galaxy smartphones.

One Reddit thread has many users that claim that they have the Android 10 update on their phones working on the Sprint, Verizon, Xfinity Mobile, and T-Mobile mobile carriers.

As for the non-Google smartphone users they have to wait for the mobile carriers to bring the Android 10 software on their devices. This might be a long wait because the Android Pie from 2018 did not make it to the Samsung devices until this January. So this time, it is great news for Samsung users that the Android 10 is making it here a little earlier than the Android Pie. Android 10 was first rolled out in the USA on Google Pixel smartphones.

Android 10 has many cool updates but one particular one for Samsung users is the revamped version of the One UI. The new One UI 2 seems to have many new improvements that will help make things efficient and consistent across the entire software update. 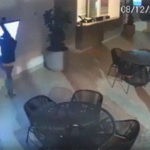