The big step for Android has finally come as the operating system’s app can now be used on a Nintendo Switch. With this facility, the hybrid gaming console will now be able to have access to services like YouTube, Netflix, Twitch, and Spotify.

In addition to these services, a huge range of Android-based apps, as well as a variety of classic game emulators, will also run on Nintendo switch. This is all possible with an unofficial port from the Nvidia’s very own Nvidia Shield TV set-top-box named LineageOS 15.1.

This also means that the users can now also play Nvidia classic games such as the Half-Life 2, Portal along with having a chance to try the GeForce Now; a cloud gaming service of Nvidia.

Still, nothing is as flawless as it seems because the group of developers under the name XDA-Developers, who helped with the port and the writers who have been documenting its workings for the last 1 month, days there are still some problems.

The Joy-Con controller works only natively, you can also dock it with the Switch along with connecting a Bluetooth Headset which is something that is still not supported by Nintendo.

Due to this problem, XDA Developers have stated that the controllers are not being detected right in few apps such as the Steam Link, the game streaming app or the Dolphin Emulator.

These two are alone the biggest reason that the users wanted Android on Nintendo.

Still, in order to disclose all the limitations, we have listed the notable ones down below. 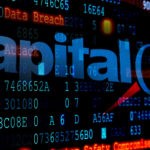 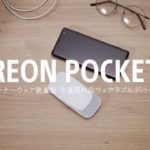