It is really a thirsty work being on the set of the series finale for one of the popular series of TV history.

Earlier on the final season of the Game of Thrones, some eagle-eyed fan was able to spot a Starbucks Coffee cup in one episode. Now another fan has spotted stray object from the set which was located at the final episode of the season 8 of Game Of Thrones. This time it’s a plastic water bottle.

If you guys have seen the episode already you should watch it once more as a bottle can be seen close to the left feet of the actor John Bradley who has played the role of Samwell Tarly on the show.

The scene appears at approximately 49:16 into the episode right when the actor Peter Dinklage, who played the role of Tyrion Lannister walks up to the nobles.

Well, that was not all as another bottle was also spotted by another GOT fan later in the same scene. This time the bottle was spotted behind the feet of actor Liam Cunningham who played the role of Sir Davos Seaworth in GOT.

This time, however, unlike the previously spotted coffee cup which was described to be of Starbucks, there is no clear brand name on the water bottle. This has left the like of brands such as Fiji or Evian to miss out on once in a lifetime marketing opportunity.

Well, we can’t blame the actors for leaving their water bottle wily nilly on the set while filming one of the greatest finales of all time. Still, the fans are a little skeptical about their professionalism.

Still, we have all loved the way how this show glued us to our couches for the past 8 years and finally ended this journey on an unexpected yet happy way. The “Watch” has finally ended for all of them and for all of us as well. 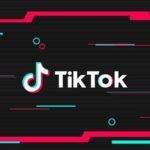 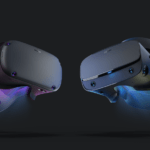