The world’s greatest and quirkiest designers have come up with one of the best ways to give tribute Canada’s basketball team for winning the NBA championship.

As it happens to be the staff at Apple is not geeky one at all and the head of the Canadian design team Johnny Ive proved it with an unusual surprise. He thought that this win called for a celebration and when the visitors of the Apple’s Canadian homepage (apple.ca) visited the site they were greeted with a tribute Emoji having three prominent things; a Canadian Flag, a basketball and a dinosaur.

The Emoji also appears to be twirling in form of a tornado, symbolizing Raptors’ path to the victory.

It is a great thing to see that the designers working at Apple are making best use of their abilities in designing to revel the play with basketballs, dinosaurs, and flags. While the dinosaur is actually a T-Rex instead of being a Raptor, it is still fine and we are not going to be a sour sport about it by complaining.

We have one last thing to say about all this, “Go Apple and Go Raptors”.

Food delivery service Amazon Restaurants is being shut down 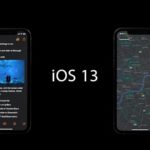