Apple has announced that is soon going to remove all of the vaping apps available on Apple’s App Store.

This move from Apple is followed by numerous reports about the lung injuries that are caused due to the use of e-cigarettes. These new lung diseases have affected thousands of Vape users all across the United States and so far have also resulted in deaths of 42 people.

Still, Apple never allowed the sale of the vape cartridges from its app store directly; the Apple App Store still contains a plethora of apps related to vaping. Actually, there is a total of 181 vape related apps available on the App Store.

A spokesperson of Apple confirmed this news about the removal of vape-related apps this Friday stating as follows,

“Recently, experts ranging from the CDC to the American Heart Association have attributed a variety of lung injuries and fatalities to e-cigarette and vaping products, going so far as to call the spread of these devices a public health crisis and a youth epidemic”. “We agree, and we’ve updated our App Store Review Guidelines to reflect that apps encouraging or facilitating the use of these products are not permitted.”

After the release of the statement, several of these vape-related apps were indeed removed from the App Store. Still, there are some apps that are related to vaping and Apple still plans to keep them. A for the news about the return of these apps to App Store after removal, there is still no chatter about it.

In addition to the removal of these vaping apps, Apple has also made an update to the review guidelines of its App Store. The text of the App Store now states as follows,

“Apps that encourage consumption of tobacco and vape products, illegal drugs, or excessive amounts of alcohol are not permitted on the App Store.” 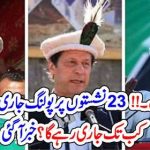 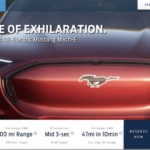