Apple has now officially declared the war against video streaming giants like Amazon and Netflix.

As it was already expected, the makers of iPhone have announced their news of starting a new video streaming service by the name Apple TV+.

The news was announced on Monday in a special event that took place at the Steve Jobs Theater located in Apple Park. The intention of Apple is to compete with major streaming services in the field like that of Amazon Prime Video and Netflix.

The original programming included in Apple TV+ will be from entertainment celebrities like the following.

According to the announcement by Apple, new services will be added on a continuous basis as the service will launch in 100 countries by this fall.

The thing that was most important but missing from this announcement was the pricing. However, Apple later announced that it will also be revealed in fall.

The Apple TV app’s new selection of Apple Channels will allow the users to select the third party content only which they are willing to subscribe. Partners of Apple TV+ are as follows.

Unfortunately, Netflix is currently not one of these partners.

The Vice President of Apple Services, Peter Stern said, “For some of us, the big [cable] bundle is more than we need so we designed a new TV experience where you can pay for only the channels you want, all in one app, with the password you already have…”

According to Apple, all the channels on Apple TV app will have the following features.

Stern also said, “Whether you get your TV from a streaming service like Prime Video, Hulu, or ESPN+; movies from iTunes; sports, news and network TV from cable or satellite; or shows from HBO, ShowTime, and Starz from the new Apple TV Channels, it’s all together in one place: the Apple TV app.”

Google Stadia; Everything Known So Far 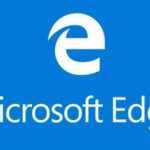 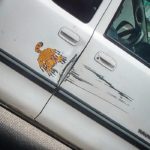