Air pollution is becoming more and more of a problem with each passing day and many cities across the globe are being affected by it. The life in these cities for people living in them is becoming unbearable by each passing day. According to data of WHO nearly 8 million people across the world die due to air pollution. In order to fight off the air pollution menace, a group of inventive scientist came up with an ingenious idea. They invented the Artificial Tree which is going to take in the air pollutants and convert them into clean and fresh oxygen. It seems like this is the best shot that humanity has now got to fight off air pollution.

The name of the company that invented this artificial tree is BiomiTech which is a tech startup located in Mexico. This tree has been tested again and again and is able to create the fresh oxygen which has the capacity of early 368 living trees.

This tree came as a result of the efforts of a group of people which included engineers, biologists, and researchers. This robotic tree was created to take care of the rampant air pollution menace in Mexico City. This amazing invention was presented by BiomiTech at the Pollution Expo of 2018 held in Birmingham, where they won the first place. This artificial tree is already looking to be a great solution to the problems caused by air pollution.

This air purifying artificial robotic tree is known by its name BioUrban. This tree makes use of a microalgae filtration system for absorbing the pollutants from the air and then to release fresh and clean air. BioUrban has been created by getting inspiration directly from nature’s very own process of Photosynthesis, which is used by plants. Plants take in pollutants such as carbon monoxide and the nitrogen oxide and then exhale out the pure oxygen.

These BioUrban trees are able to catch in the air quantity of 1314000 m3 per year. These trees have the air purifying efficiency of early 99.7 percent with a single one of these trees being able to give as much pure oxygen as the 368 trees. For another perspective, consider this, one BioUrban tree is able to provide oxygen for nearly 2850 people per day.

Considering the fact that the densely populated countries are suffering from problems of air pollution and the trees getting far longer time to grow, these artificial robotic trees are the next best solution to solve the air pollution crisis.

If all of this was not enough to convince many of you, these BioUrban trees have zero carbon footprint. This is possible because these trees do not create any waste and the algae they use, is already present in nature.

According to the people at BiomiTech, the purpose of these BioUrban trees is to not replace the natural trees but to complement them in their working of filtering eh polluted air. These trees are 4 meters in height and numerous of these trees have already been insulted in cities likes Columbia, Mexico, and Panama. 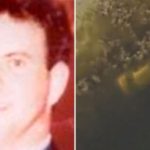 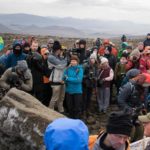