The WWDC (Worldwide Developer Conference) for Apple will soon be held from June 3rd to June 7th. However, Bloomberg has been quick on reporting that Apple is going to releasing a huge list of its software features. According to the report by Bloomberg, Apple will be launching many of the new features on it following OSs.

Highlights of the features:-

To highlight a few of these features, Apple will be introducing the following.

Worldwide Developer Conference is the event where Apple takes the opportunity to launch its new versions for all of their platforms like the following.

As for the hardware front, Apple keeps them away from this event.

According to the report, Apple Watch will be receiving the most major revamping along with its watchOS getting its own app store. This will allow users to download apps from its store directly. Apple also plans to launch several of the following new apps as well.

As with macOS, Apple will be providing benefits to iOS app developers. With the changes in the macOS 10.15, developers will now be able to port their iPad apps to a certain version that can be run on the Mac.

Few of the other changes to be named here by Apple this year are as follows.

Well Apple, we are eagerly waiting for these new apps, features, and upgrades. 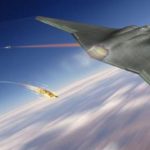 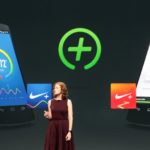