For many years now, BMW had been teasing the potential customers with its idea of the i4 electric car. Now it is finally time, as the German automobile manufacturer has finally released the secretive photos for the sedan when it was tested for the winter conditions.

These photos came a year ahead of its 2021 release date. In addition to the photos, the company also released some really cool specs like the range of 600 kilometers and the 530 horsepower.

The range for the new i4 electric car is the most impressive of all the specs because BMW also stated that the electric car is only coming with one battery pack of 80 kWh. Still, there are many factors that are to be taken account when considering this range limit set by BMW. BMW is only basing the range on the testing cycle that it preformed in Europe which always yields to great estimates.  If this is indeed the case then the closest EPA presented a range of the car is going to be 300 miles, which is still great but not quite the 400 miles.

BMW also stated that they have made signification advancements for the electric power train. This i4 electric car will be making use of the 5th generation battery Pack of BMW or the electric motor tech which BMW has managed to have made great over the years while it ran on i3 EV. What BMW says is that they are making use of the high voltage battery setup for this i4 electric car which is a similar approach as the Porsche’s Taycan battery. This makes it not entirely out of the question that BMW might have managed to squeeze out this much range from their battery pack.

With that being said, over the years since 2013 after the release of i3, which led to their CEO stepping down, BMW has laid low on the Eclectic Car plans as they admitted their shortcomings in the i3 EV. But BMW is making bold claims for the i4 EV which will generate the 530 Hp power from its electric motor of 390 kW.

This very 5th generation motor technology is also going to be debuted in the BMW’s iNext SUV and the iX3 electric SUV, which is built especially for the Chinese market. Both of these were also unveiled during the winter testing.

These photos mean that there is not going to be any hope for the BMW lovers to see these cars in real life until they are available for purchase in 2021. Until the car is launched for sale, these pictures are going to entice the masses about all the possible cool features of this new car. 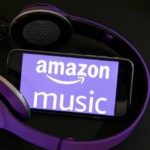 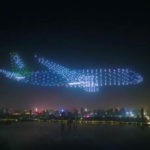