Kneecaps might seem ordinary like a protection part of leg but instead they provide the leverage. The part of kneecap is called Patella which allows for straightening of legs. The same patella allows for legs to extend by 33 to 55 percent more.

CSF is travelling through your brain and all of your spinal cord. While this fluid might seem ordinary it actually is a great shock absorbent. Whenever you get hit in the head, it actually absorbs the shock to protect your brain. The CSF is also responsible for maintaining the right pressure around your Central Nervous System to protect the brain and spinal cord.

Usually after the child birth when Placenta from the new born baby detaches from the inside walls of uterus, it poses huge risk of blood loss as a result of large blood vessels exploding. If that happens on your arms or legs you might apply pressure. The amazing thing about uterus is that it apples pressure by itself on these broken vessels. The pressure is exerted by uterus as a result of hormone being released right after pregnancy and this allows for these vessels to be healed and closed at the same time.

The Lens of our eyes is built with elastic nature. This means that the elasticity of lens changes as per the things we see and the distance from which we see them. For near vision, lens has the ability o bounce back to its thickest form helping to see things clear from smaller distances like reading a book.

Whenever we eat or drink, this consumed food or water has to pass over the windpipes. So what prohibits them falling straight into the windpipe and choking us to death? The answer is Epiglottis. It is a flap of cartilage that sits on top of larynx. Upon swallowing Larynx is pulled upward so does the Epiglottis covering the windpipe and instead of this food and water entering our windpipes they end up in Esophagus that leads to stomach.

While Diaphragm’s main function is to aid in breathing process, it is also the one that allows pressure regulation on stomach and chest when we vomit, cough, urinate or defecate.

Skin is perhaps the most amazing part of all our body. It has various amazing functions with first being protection from all of the outside physical, chemical, thermal and radiation sources of everyday life. Secondly it regulates body temperature and also maintains the bodily fluid and electrolyte balance in body.

It also protects skin from infections and allergic triggers. 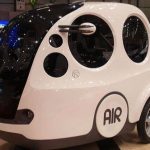