You may hope that everyone is equal in the eyes of the law, but when it comes to legal justice, there is one group that definitely gets off easier than the rest of us. Celebrities may technically be subject to the same rules as us civilians, but when they break them, the consequences are far less severe. Is it fair? No way. Is it reality? Definitely.

When a famous person gets arrested, they go through the same booking system that everyone else does – thus, the wonderful and public collection of infamous celebrity mug shots. The difference comes in court, where it seems like wealthy stars can commit numerous crimes and still walk away with just a slap on the wrist. Where regular people would face lost licenses, huge fines, and jail time, celebs get rehab, community service, and anger management courses.

Some famous people who’ve committed serious crimes like killing people have either served severely reduced sentences with special privileges or have done no jail time at all. No wonder criminal defense attorneys are expensive; they’re worth it! Here’s a list of celebrities who got off easy for crimes.

On Jan 23, 2014, Justin Bieber was arrested by Miami Beach Police for DUI, resisting arrest, and drag racing. But thanks to a sweet plea agreement, he only had to take anger management classes and make a charitable donation. In June 2015, Bieber got in trouble once again. He was found guilty of assault and careless driving in Canada, but was only fined $600 (U.S. dollars) and the assault charge was dismissed.

In 2002, a sex tape surfaced showing singer R. Kelly with an underage girl. He was charged with 14 counts of child pornography, but a jury did not find him guilty. Kelly’s defense team convinced the jury that the girl’s identity was inconclusive even though various prosecution witnesses were able to identify her.

On October 13, 2015, former basketball star Lamar Odom was found unconscious after an alleged drug-fueled binge at Nevada brothel Love Ranch. Odom suffered brain damage and a stroke, but he will not suffer any criminal charges. The local district attorney said Odom, “was not found in the possession of cocaine and it is unlikely it could [be] established beyond a reasonable doubt he actually ingested, or was impaired by, the drug.”

Curtis Jackson, also known as 50 Cent, was sentenced to nine years in prison for selling drugs, but was able to get his sentence reduced to six months when he snitched on other people in the drug business.

Paris Hilton has been arrested several times for crimes like driving under the influence, cocaine possession, and (twice!) leaving the scene of an accident. That is considered a misdemeanor crime in California, and is punishable by a maximum of six months in jail and a $1,000 fine. Paris didn’t have to suffer either of those consequences, although she did eventually do time in a Los Angeles jail for driving with a suspended license.

In 1989, a 20-year-old Will Smith was arrested for aggravated assault after getting into an argument with a record promoter. Smith spent the night in a Philadelphia jail, but the charges were dropped. Smith maintains his innocence, saying it was his friend, not him, who hit the man.

In June 2012, boxer Floyd Mayweather Jr. started serving a three-month jail sentence for domestic violence after pleading guilty for attacking his ex-girlfriend, Josie Harris. However, a judge allowed him to put off going to jail so he could fight Miguel Cotto on May 5th. Mayweather won the fight and reportedly received $32 million. We’d all do a little jail time for that much money!

In 2010, rapper T.I. violated his terms of probation and was sentenced to 11 months in an Arkansas federal prison for drug possession charges. It wasn’t so bad since he got special star treatment, especially when it came to conjugal visits with his wife. In addition, T.I. was able to make phone calls and email any time he wanted.

On Nov. 20, 2003, Michael Jackson was booked on multiple counts of alleged child molestation. In June 2005, after a highly publicized three-month trial in which lurid and personal testimony about Jackson’s life and relationships with young boys was revealed, he was acquitted of all charges.

Notorious for having drug issues, Robert Downey Jr. spent nearly a year in rehab and prison in 2000 before being released early for his 1996 arrest. He was caught again in 2000 and 2001 on alcohol and drug charges, and finally got sober after one last stay in a court-ordered drug treatment program. Then he became Ironman and was even pardoned by Governor Jerry Brown in 2015.

Hilariously Obvious Signs That Are So Unnecessary It Hurts 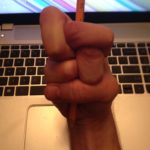 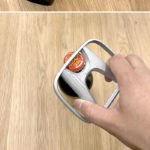