Coinbase, the Cryptocurrency Exchange company has launched its first ever Visa Debit Card service in the UK. With this new Crypto based Visa Debit Card, users will now be able to make use of their cryptocurrencies not only on online stores but also on retail stores as well.

As for the card service to go live in entire Europe, it will most likely happen next month.

The card will be connected to a user’s account balance in the Coinbase. This will allow them to make use of their coins there directly. The card has been issued by a payment processor company named Paysafe and it works like any other normal debit card. With this card, users will be able to do the following functions.

The company stated that all the cryptocurrencies such as Bitcoin, Litecoin and Ethereum which are present on Coinbase are supported on this card.

In addition to this card, Coinbase has also launched their Coinbase Card app which will allow the user to choose the particular crypto wallet they want to spend their cryptocurrencies from. This card also comes with the ability to provide not only instant receipts but also the ability to let users track their purchases.

With Cryptocurrency cards there are normally three of the following questions that users tend to ask.

Next, comes the fee issue. There is no monthly fee associated with these crypto cards and there is only an issuance fee of 4.95 pounds which company also plans to waive off for their first 1000 customers.

Google Drone Delivery service gets approval in Australia for public use 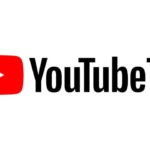 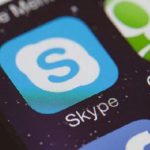