With over 20 billion Lego bricks being made every year, there is no need to tell you all about how popular this toy is. According to one scientist, there are almost 915 million ways to combine six blocks toy. While people normally use them to build miniature building models or variety of other ways but surprisingly there had been few instances where these Lego blocks were used for illegal purposes.

Earlier this year in 2018 a 14 year old kid riding in San Diego, California posted one of his classmates a picture of a Lego made AR-15 rifle with caption sating, Do Not Come TO School Tomorrow”. The threatened student requested for picture to be removed which the alleged did not comply and the police were forced to act. The kid was arrested for felony charge of making a criminal threat and was placed in a juvenile detention facility.

The LEGO Gun That Led To Police Opening Fire

Back in 2012 another strange case of Lego firearms took pale when a man in King County, Washington was reported to be waving gun to passing by vehicles. Man refused to drop the gun on commands of the Police Deputy on the scene and ultimately deputy was forced to open fire. Man quickly dropped to ground and let go of the gun. The emergency workers who rushed to provide care for the injured man discovered that gun was made from Lego bricks. Upon investigation man turned out to be the resident from the local group home for those suffering from mental disorders. The man in question was particularly mentally disabled with a fascination to firearms.

There have been multiple large scale thefts involving LEGO sets. One was in 2014 focusing a Lego theft ring operating in Phoenix, Arizona. A local realtor was purchasing LEGO from shoplifters at discounted rates and was reselling them at high pries. The name of realtor was Troy Koehler and on is police arrest; authorities were able to seize 250,000 dollars worth of LEGO sets in his garage.

Another case was in 2013 when a man from Massachusetts was charged for stealing Lego worth about 600,000 dollars within period of 6 years. After stealing them he would later sell them at exorbitant prices on internet. He was sentenced with ten years of imprisonment.

Authors, you read in school were actually terrible people

Best beaches to visit this summer 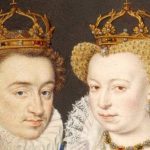 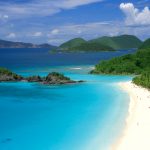