The latest cryptocurrency exchange that was struck by the hackers is the Bitpoint, a Japan-based company that got its holdings hacked.

According to Bitpoint, the hack left the company losing nearly 3.2 billion Yens which amounts to 32 million dollars and exchange also reported that nearly 2.5 billion Yens of the total amount was the belongings of its customers.

The Hot Wallet that was robbed during this hack contained five cryptocurrencies which include Bitcoin, Ripple and Bitcoin Cash.

At the moment, in light of this hacking incident, Bitpoint has stopped all of its activities which include services like withdrawal, deposit as well as trading. The company also reported that they have not detected any kind of suspicious activity or the missing funds affecting their Cold Wallets, the ones which are not connected to the internet.

Bitpoint suffered this hack after one year of the time when Japan’s biggest cryptocurrency exchange named Coincheck suffered a hack attack that caused them to lose 400 million dollars. Since then the financial authorities had ordered the exchanges to not only take certain precautions but also to upgrade their security controls to prevent such future incidents.

As for customers of the Bitpoint, they only received an email from the exchange that told them that the exchange would be ceasing its services until they investigate this matter thoroughly. 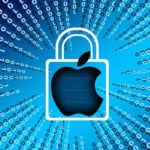