Debt is one of the things in America that is ever standing and does not seem to go way at all. A vast majority of Americans throughout their lives are plagued by the clutches of the debt and no matter what they do; they cannot seem to get out of it. In order to over this crisis, a new app by the name Digit has been introduced.

This app automatically deducts a small amount of money from the person’s checking account and then deposit it to the account that they have designated it to. With the Digit app, countless Americans suffering from different types of debts can now pay off their student loans.

As by the company behind the Digit app states that most of the graduated college seniors with their student debts and the average house in America have student debt of almost 50000 dollars that they need to pay. The student loan is the crisis that is in full swing in American with nearly 45 million people are to pay these loans which total to a massive sum of 1.5 trillion dollars. This has led to many of the fresh graduates to be under a lot of pressure to take up even measly jobs to start paying off these loans and also live by their lives.

How to set up Digit for paying student loans?

Now the Digit app will allow its users to at least pay some of that debt in a painless manner as the app has been doing for every other thing in the past.

All a user with student loan needs to do is to link the student loan account with Digit and then set their Loan Goal. This is it, after doing this, they need to forget all about it and the app will slowly but surely start to pay off these student loans by deducting small sums of money from your checking account.

Other services by Digit:-

This is not the only line of debt paying that Digit has helped its users with. The company previously offered the service of Credit Card Debt payments and nearly 75 percent of users of Digit use this service.

There are speculations that in the future soon; there will be a time when the app will provide a system for paying off medical loans as well. 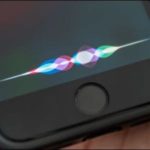 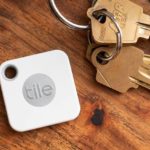