Disney+ is the upcoming service of the Disney and its shaping up to prove itself quite a deal for the TV viewers. According to media sources, the service is launching on 12th November this year which will support 4 simultaneous streams along with free 4K.

All of these services will be offered to Disney+ subscribers for a sum of only 6.99 dollars per month. In addition to that, subscribers of Disney+ will be made able to create as well as manage 7 of their individual profiles on a single account.

Disney+; a strong competitor for Netflix:-

These price changes for Netflix have been drastic and the blame has been placed on the dip of the Netflix for its US-based subscribers in the last quarter as per CEO of Netflix, Reed Hastings. This is the first massive dip for Netflix’s subscribers since 2011. This caused the overall growth of Netflix to tumble down along with having its stock prices getting lowered by a lot.

Other Disney+ streams and their fees:-

It is to be mentioned here that not all bundles of Disney+ such as Disney ESPN and Disney Hulu will have the 4 simultaneous streams and 4K benefits. For that bundle, subscribers will have to pay 12.99 dollars per month. With this fee, they will receive 2 streams for the ESPN bundle and one basic stream for the Hulu bundle which will have ad support.

As of now, Netflix has the most outrageously stocked library of content as compared to Disney+. However, Disney+ is filling up on its library of contents with some original shows. The news about streaming limitations and 4K benefit was announced at the Disney D32 Expo where it was also announced that some original shows and movies will also be coming on the platform of Disney+.

There is a report that Disney+ is bringing series of Ms. Marvel, She-Hulk and Moon Knight on its platform as it original shows. Also, Disney announced that the live-action adaptation for the movie “Lady in the Tramp” will also be a Disney+ exclusive along with the series titled “Obi-Wan Kenobi” which will star Ewan McGregor.

Other shows for Disney+:-

In addition to these originals, Disney+ will also present its subscribers with a series of Star War titled ‘The Mandalorian’ and the 7th season of “The Clone Wars”. Disney+ will also stream the upcoming animated film ‘Frozen 2’ and the live-action adaption film titled ‘The Little Mermaid’ on its platform as well. 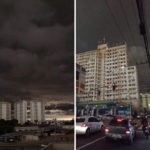 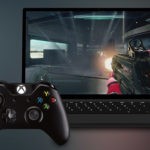