While snacks have become important part of pour life as no leisure time or party goes without them but there are still some bizarre negative sides to many of these popular snacks. Some of the disturbing facts about popular snacks are as follows.

Cheetos Mess With Your Mind

Since 1970’s when Cheetos were first invented, they have gone on to become one of the popular snacks in today’s world. The reason for their popularity was presented by one Scientist named Steven Witherly who stated that Cheetos are actually able to melt right into your mouth. If something melts in your mouth brain finds it to be something that does not have any calories and since brain thinks that it has not consumed any calories thus you do not feel said even if you eat a whole bag of Cheetos.

Pretzels Are Bathed In Lye

Lye which is commonly used for making either soap or opening clogged drains have also been used by bakers to make the delicious looking Bavarian style Pretzels as well. Pretzel dough before baking is mixed with water and lye solution which upon baking gives pretzels their traditional brown color otherwise they would come as white. Baking soda can also give the brown color but bakers prefer the lye solution due to its much more effective nature. Bakers normally use the Food grade Lye to make their pretzels soft and brown.

Jerky Is a Carcinogen

Processed Jerky meat snack is a widely popular snack in various countries of the world. However WHO has classified these processed meat snacks as Group one Carcinogen meaning a highly cancer causing substance. The cancer that mainly is caused by meat jerky snack is Colorectal Cancer.

Gummy Bears Are More than Just Sugar and Spice

Gummy bears are another popular snack or both children and adults. The trade mark ingredient for manufacturing of Gummy bears is the Gelatin. Gelatin is actually the animal collagen, which is made from boiling ides and bones of animals in water. So yea the gummy bears you like so much are actually made from boiled animal parts.

French Fries Are Worse Than You Thought

French fries have already gotten the bad reputation for having a high fat and sodium amounts in them but back in 2002, researcher found out that French fries have a chemical substance called Acrylamide that has been tested in laboratory to cause cancer in animals. Potatoes naturally do not have this chemical and only produce it when they are fried. The disturbing part is that instead of boiling or microwaving; frying potatoes cause the higher concentration of this chemical that is a possible Carcinogen for humans as well.

Fruit Snacks Are No Better Than Candy

Fruit Snacks are being sold as an alternate to fresh fruits while providing the daily required dose of vitamin C. however truth is far from it as with their lacking in dietary fibers and high amount of sugar, they are more identical to ordinary Candies.

Popcorn Can Damage Your Lungs

Popcorn is favorite snack for any leisure time activity and with their smell they are also the most favorite ones. However the very sweet smell of popcorns actually contains chemicals that can damage your lungs. Workers in popcorn factory have been diagnosed to have developed a condition called ‘popcorn Lungs” by inhaling too much of these chemicals on regular basis. Another man named Wayne Watson has also been diagnose with this condition after spending ten years daily eating two bags of microwave popcorns.

Weird Things Nintendo Sold Before They Made Video Games 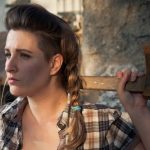 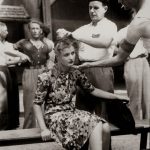