Lately, a diver by the name Kristian Laine was diving in the ocean when he spotted a male manta ray but this one did not look like the others in the Great Barrier Reef.

Kristian Laine is a photographer that was diving off the coast of Lady Elliot Island that is located in the Great Barrier Reef of Australia. He was taking photographs of the aquatic life when he spotted something really unusual. He first thought that his camera was not right.

Laine was shooting pictures of the group of manta rays that were chasing a female manta ray. Manta rays are generally back from their upper body side and white from below. But one of the manta rays in this group had a black upper body but its underside was Pink.

Laine said, “I first saw a train of 7 manta rays at the Lady Elliot Island that was swimming about 12 meters down. Then I came eye level to the pink Manta Ray and I was looking at it through my viewfinder and we locked eyes with the equipment. Only when I was about o take its photo that I noticed that the skin of this one was Pink. I had no ideas there were Pink mantas in oceans.”

To the surprise of the divers at the moment, this unusual manta ray had black upper side but the underbelly was Pink in color.

This Pink colored Manta Ray was first spotted by a man named Ryan Jeffery back in the year 2015. It is believed that it has only been seen less than 10 times since then.

Scientists are of the view that the pink color of its skin is due to some gene mutation in the expression of its melanin.

Back in 2016, scientists took a skin sample of this Pink manta ray and came to the conclusion that the color was due to the genetic mutation in the expression of the melanin. This condition is called Erythrism which causes the pigmentation of skin to turn red and is the most plausible explanation for this unusual color of Pink Manta Ray. This condition is in the range of the other genetic mutations like Albinism.

This is the rare video of the Pink manta ray nicknamed as Inspector Clouseau. 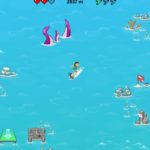 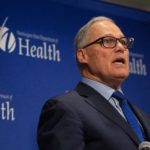