While the character of Iron Man in the movies might have destroyed his suits in Iron Man 3, the dreams of the Jetman Dubai to make the autonomous flights for humans a reality are becoming much real than ever.

A new video has been published by the company which shows their pilot named Vince Reffet who is using the jet-powered and carbon fiber made suit for launching off the ground and then flying about 6000 feet into the air. The video which is posted below was captured in Dubai from where the pilot headed to the Jumeriah Beach Residence as per the company. The YouTube video by the Jetman Dubai notes that in only 8 seconds the pilot was able to reach the height of 100 meters, which is 200 meters in 12 seconds first, then 500 meters in 19 seconds and then reaching the height of 1000 meters in 30 seconds with average flight speed being 120 knots.

This is not the first video where Reffet and his team can be seen flying over the city of Dubai. There is a video from back in May of 2015 where Reffet along with his fellow pilot named Yves Rossy soared through the skies while their flight was captured by a chase plane and the GoPro cameras that were attached to their helmets.

That time, pilots achieved the speed of about 120 mph but the main difference this time is that the man was standing on the ground then he hovered up and then shoots into the skies similarly to a rocket.

Jetman Dubai noted under their video, “It is the first time that a Jetman Dubai pilot could combine hovering safely at a limited altitude and flying aerobatics at high altitude on the same flight. Controlled from the ground by the human body, the equipment enables Jetman Dubai to reach speeds of 400kmh, as well as hovering, changing direction and performing loops.”

Also, Jetman Dubai is not the only company in the world that is building these super fast personalized pilot suits. The world’s fastest personal pilot jet suit was developed by Richard Browning. Just like Jetman Dubai’s pilot suit, this jet suit is also a marvelous piece of mechanical and aerospace engineering. 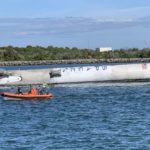 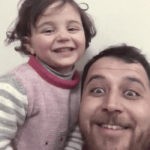