The car-sharing service named Getaround is renting out Tesla car’s through its app to the users but it seems that driving these cars is a little too breezy for some drivers.

Earlier on Sunday, a 22 years old woman driver deliberately ran a red light in Tenderloin, a neighborhood in San Francisco. However, after running the red light, the alleged driver then crashed the Tesla car into another car and then struck two pedestrians with her car on a nearby crosswalk.

According to reports the driver should not have been old enough to be able to rent the car from the app and this has led to her killing one of the pedestrians and sending the other one to the hospital who is in critical condition.

According to the reports of the local media, the age of the driver who rented this Tesla is 22. They also stated that the Getaround app lets people rent a Tesla for starting price of 25 dollars an hour and that their renting policy clearly states that the renter of a car must be a person of at least 25 years of age.

The victims of this car crash are the husband and wife named Benjamin Dean and Kelly who were in San Francisco on vacation from a nearby city Clovis California. At the time of the incident, they were reportedly walking on the nearby crosswalk when the car struck them.

Local media is also looking into the fact as if the AutoPilot of the Tesla was Enabled On during the time crash happened or not.

As for Getaround, they have not given any response to the question as to why they rented a car to 22 years old.

As for the young driver whose name has not been disclosed to media, has been arrested by the SFPD and is charged with not only running a red light but also with Misdemeanor Involuntary Vehicular Manslaughter.

Below is one of the videos where she can be seen taken by the police.

The woman has been taken into police custody but SFPOD did not reveal any more information on her.

According to media reports, until June 30th of 2019, nearly 11 pedestrians and 1 cyclist has been killed on the street of San Francisco since last year. 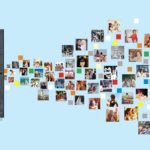 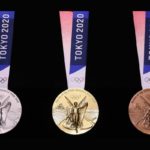