Dropbox has announced the news that it is going to increase the storage for its paid plans as well as introducing many new amazing features to the already great service.

While these changes are indeed great, they will still come with a slight change in the price. Plans users will see an increase in the price of about 2 dollars per month making it about 11.99 dollars.  As for the price of other Dropbox plans, they will remain unchanged.

In addition, to increase in storage, Dropbox also announced the news about three new features as well. These features are as follows.

The first is Smart Sync, which has been present for quite a while but now is getting a major upgrade. The feature lets the users mark the folders and files as “Online Only”. This way these files do not take up unnecessary space over a user’s hard drive but will still remain listed in the file directory. From there the user can simply download them.

With the new upgrade, Dropbox is going to locate files that have not been opened for a while and list them as ‘Online Only’ automatically. This feature will be present for the Plus Tier and all the plans above.

Another new feature is the Watermarking feature that will let the user add their name and date to the following format files.

Last but not least is the Rewind feature that will let the user roll back not only a certain folder but also their whole account to its previous state.  This feature is presented in case a user accidentally deletes or modifies their collection of large files.

The feature can revert an account to its previous state back as far as 180 days for Professional subscribers. For the Plus tier users, the rewind is for 30 days.

All these features will be rolled out in the upcoming few weeks and the price increase will be in effect from the next billing cycle. 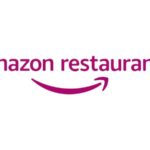