Surveillance of your pet has become a need in these modern times because you might not be able to spend all day watching them. But still, away from them, you might be worried about them. For those of you who love your furry little friend too much, then look no further as there is now a gadget for that too.

Ebo, the surveillance robot has been launched on Kickstarter but it is not a relatively fresh concept for the pet tech industry. However, Ebo still manages to combine the features from a few other products that you might have seen before.

Features of Ebo, the surveillance robot:-

Ebo is a mobile robot that moves around on its pair of wheels that can self-right them. This robot can keep a pet entertained by making use of its features like lights, sounds as well as a feather on top of its head.

The video from Ebo can be live-streamed to the user’s mobile phone from the robot’s 1080p Hi-Def camera. The camera allows users to take videos and photos of the pet.

If this camera is coupled with the companion collar, then it can also allow the user of the robot as how much steps has their pet taken today.

Scheduling the activity of Ebo:-

The robot is really a complete surveillance solution when it comes to pet care. Users are also given the option to set schedules for the activity of Ebo. If Ebo runs out of the battery, it can automatically return to its charging dock. 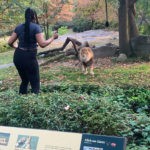 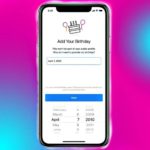