Fennec Foxes are the desert foxes and amongst few o the popular exotic animals that can be kept as pets.  They are able to thrive under proper owner and training.

Patagonian Cavies are closely related to Guinea Pigs but are much larger in size and weight. They are only the terrestrial version of guinea pigs and can be kept as pets. They do require a little more room to roam around as compared to guinea pigs.

Muntjac Deer are similar to pot bellied pigs and are kept by many people as pets in their backyards across USA. They can almost each the size of a house cat and are reported to be quite affectionate toward their owners. The only slight problem they have is the excessive chewing problem, apart from that they pose no threat whatsoever to public safety.

The name of Boa constrictor might send chills running down your spines because of an image of a ferocious reptile. Despite the immense fear of these reptiles, they have caused zero recorded human casualties in USA.  Many people consider that people who own them as pet deserve to die but they pose zero threat to public safety.

Savannah cats are a breed of cats that are made through selective breeding between domestic cats and Serval. Savannah Cats can be bought for a price of up to 22000 dollars. They are interesting cat like creature with characteristics somewhat similar to a dog. The ban on keeping this animal as a domestic pet is only due to “Fear of Unknown”. Other than that they are completely harmless to public safety.

Best ways to fight fleas off of your pet

Animals that are illegal to be kept as pets in USA

Exotic pets which are both unique and rare 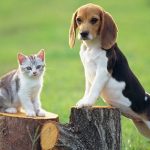 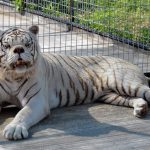