On Tuesday, following the terrorist attacks of the White Nationalist part in New Zealand a few months ago, Facebook has made a new restriction policy regarding who will be able to live stream a video on their platform or not.

According to the announcement of Facebook, the user who violates the social media platform’s community standards from their live streaming video will be subjected to what is being called ‘One Strike” under Facebook’s Live Policy.

This means that if a certain user posts even a link that contains or leads others to a website with terrorist intent will be banned from the Facebook Live Streaming service.

These new restrictions are being applied in accordance to Facebook’s previously imposed policy of “Dangerous Individuals and Organizations which led to the personalities such as Alex Jones, Milo Yiannopoulos and Paul Nehlen to be banned from not only Facebook but also from Instagram.

Vice president of integrity at Facebook, Guy Rosen said in a statement, “Our goal is to minimize the risk of abuse on Live while enabling people to use Live in a positive way every day.”

This decision to impose such restrictions have been made after a member of the White Nationalist part was involved in a terrorist attack where he entered the mosques located in Christchurch, New Zealand and from there he live-streamed the video of the attack on Facebook.

Following this brutal terrorist attack, Facebook suffered severe backlash for not only allowing an individual to liver stream such a video but for being too slow in not being able to remove the copies of such videos. 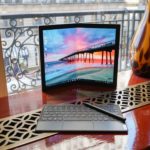