Since Wednesday, people who are trying to load Facebook might be struggling to load it. They must be waiting for it to completely load. The thing is the social media site is currently down for many users. It is not only Facebook which is down, the Instagram, which is owned by Facebook is also acting very bizarre at the moment. The trouble does not stop here, the Facebook-owned Whatsapp has also been affected by this problem and is having some issues in loading.

A spokesperson of Facebook said in an email, “We are aware of the fact that some people are currently having issues while accessing Facebook and its family apps on their devices. We are currently doing our best to resolve this issue as soon as possible.”

At around 11 Am yesterday a Facebook developers group showed on their dashboard a message showing “Partial Outrage” for nearly 2 consistent hours. In response to this message, Facebook replied that it is currently seeing this “Increased error rate” and also they are currently investigating this issue to resolve it.

The earlier complaints about Facebook and its family apps to start behaving in this manner started sometime around 9 AM on Wednesday morning.

With all of these three major social media networks not working, everyone is taking their complaints and is headed towards Twitter.

On Thursday the spokesperson from Facebook issued the following statement.

“Yesterday we made some changes in the server configuration which resulted in this cascading series of issues for our sites. Due to these issues, many of our users are experiencing difficulty in order to access our apps and their respective services. We have now resolved the issues and our systems are now steadily recovering in the last few hours. We are extremely sorry for the inconvenience caused to our users and we also appreciate your patience in this regard.” 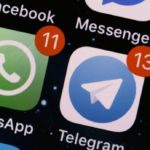