As it happens to be the non-profit organization by the name ‘Fight For Future” took this belief a little too much to the heart earlier on Wednesday night when they made a large projection of a message for the firing of the CEO of Facebook Mark Zuckerberg.

The said message was projected on the side of the hotel which will host Facebook’s shareholder meeting today.

The nonprofit group wrote in a post, “There is no single silver bullet solution that will ‘fix’ Facebook. But we can start by sending a clear message to its shareholders, corporate leadership, & the entire tech industry that we are fed up, and that no one should be immune from facing the consequences of their actions.”

Fight For Future is also not the only group that is there to protest while Facebook’s annual shareholder meeting is held.  A consumer group by the name “SumOfUs” which has partnered with another activist group named “Bend The Arc” was also there to protest with their large inflatable balloons of ‘Angry Emoji’.

While everyone is making noise to oust Mark from Facebook, they should still know that he still owns the majority voting share of Facebook and any likely proposal that calls for his ousting will be unsuccessful. 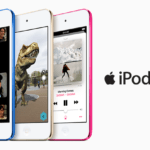 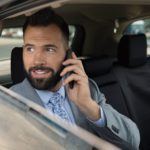