As it happens to be, all the critics and the advocates for privacy were right to question if the social media giant Facebook could not be trusted to run the app that is aimed for the children that are younger than 13 years.

The app named “Messenger Kids” has suffered from a technical error that lets thousands of its users, which are children, to be able to exchange messages with people they were forbidden from their parents.

Due to this major technical error, kids were also able to join the chat groups which had members that the parents of these children did not approve of. The one major safety rule for Facebook’s Messenger Kids; is that the parents are able to approve the friends for their children to exchange messages with.

While the source of this error is yet to be found by Facebook, in the meantime, the company is alerting the parents of the children who have bypassed this security flaw. Alerts are being sent to parents through Group Chats.

One spokesperson of Facebook, said in a statement as follows,

“We recently notified some parents of Messenger Kids to account users about a technical error that we detected affecting a small number of group chats. We turned off the affected chats and provided parents with additional resources on Messenger Kids and online safety.”

Messenger Kids was launched by Facebook back in 2017 with the main slogan that the parent will be able to control the activity of their children on this app. Unlike any other service of Facebook, the app is only allowed to children who are under the age of 13 years old. Still, these children were only able to exchange messages with people who were friends of their parents as well as those who have been approved by their parents.

This is a major blow to Facebook especially considering the fact that it has been facing criticism from privacy advocates which stated that Facebook is using this app only as an excuse to grab the attention of the younger generation.

Also, the timing for this major flaw could not have been worse as Facebook has recently been fined for a sum of 5 billion dollars to pay in settlement to FTC due to Facebook’s privacy policies. 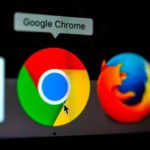 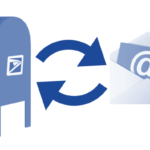