Psychedelics are drugs that cause visual or auditory hallucinations and altered state of consciousness upon consumption. Some of the most fascinating psychedelic drugs in world are as follows.

It was first synthesized by Albert Hofmann in 1938 accidentally when he absorbed some by his skin. The drug causes feelings of hallucinations and Euphoria and the process time for this drug to alt is almost 12 hours. One other effect of this drug is that it can cause one to dissociate him or her self from the universe.

The legendary chemist, Alexander Shuglin synthesized this drug back in 1974. The idea was to create a drug that had qualities of Psychedelics, entactogenic and aphrodisiac drugs. The notable effects on consumption of this drug include Euphoria, empathy, insight and increase in sexual drive. The drug is more famous for being a Sex enhancing drug than being a psychedelic drug.

These are naturally occurring fungi produced by Mother Nature for 9000 years. They are used even today for spiritual and recreational purposes by many addicts. This hallucogenic mushroom releases a chemical called Psilocybin that stimulates hallucinations of the mind. The common effects of this mushroom consumption are feeling of euphoria, hallucinations, connection to nature, ego dissolution, creativity and sense of profoundness. Some claimed it to be quite enjoyable but there have been reports of it being scary as well.

Salvia has been present in the nature since the ancient Aztec times and due to humans not knowing the full extent of its effects on barns, it is not illegal in even US states. This most naturally occurring powerful Psychedelic substance causes the levels of Dopamine in brain to reduce and creating a feeling of being sucked from this world into another world.

First synthesized back in 1912, ecstasy has become one of the highly sold Psychedelic drugs in the world. Its chemical name is simplified to MDMA that affects the Serotonin receptors of the brain causing immense feeling of Euphoria. When coming down with this drug your serotonin levels gets drop down to very low levels. This results in feeling of irritability, tiredness and bouts of depressions.

Although it is not typically a Psychedelic it can still cause hallucinations hen taken in large quantities. The effects of marijuana are caused by the chemical called THC released by smoking this substance. This results in magnification of thoughts, imaginations and perceptions to many times. It also affects dopamine and serotonin levels of brain causing feeling of immense euphoria, relaxation during increased pains and enhancement in overall experience.

Incredibly Odd Ways of Animals to Communicate With Each Other 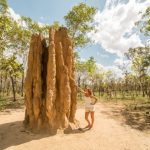 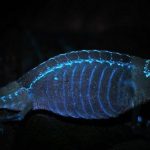