If some of you have plans to ship a Huawei smartphone from anywhere in the world to the US, then you might get a surprise from doing so. Earlier last week, someone tried to ship their Huawei phone to the US from the UK but they were surprised when their package was returned back to them after a few days.

The sender had the identification of the phone being in the box to be right as they had recorded its IMEI number. The thing that surprised them was that the phone was actually shipped from London, UK and all the way to Indianapolis, USA.

The shipping service of Parcelforce sent the package from the UK to their partner FedEx in the US. Once there, a legal issue emerged that resulted in the shipment to be returned back to the UK once more.

A notice was attached to the returned package which states “US government issue with Huawei and China government.”

But as it happens to be FedEx had just taken a stance of its own and sent the package with the following the notice. The owner of the phone then contacted another courier service UPS and they were happy to take on such a shipment.

The said person also checked with Huawei and they too stated that the FedEx’s notice was a complete misinterpretation of the orders by the US.

“The package in question was mistakenly returned to the shipper, and we apologize for this operational error. As a global company that moves 15 million shipments each day, we are committed to compliance with all rules and regulations and minimizing impact to our customers as we adjust our operations to comply with a dynamic U.S. regulatory environment.”

FedEx still tired to take the blame off of it by saying that the label on the returned package back to the sender was generated by them. 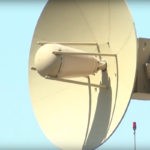