Here comes the Firefox 66 and with a new wonderful update.

The latest version of Mozilla Firefox web browser has been launched and it is going to make the internet experience of users less irritating.

Mozilla introduces a hot new feature in the latest Firefox Web Browser update that is going to automatically block those pesky autoplaying videos with sounds. As for the videos that play on the background while Mute will not be under the effect of this new feature.

It is clear from Mozilla’s new feature that they are especially targeting those video ads with sound that annoy the hell out of the users. In addition to this, videos that autoplay after a user is done watching a video just like they do on Netflix and Youtube will also be not under the effect of this new feature.

The Google Chrome also has the very same feature but the latest feature in the Firefox web browser seems more efficient and a thorough solution to these ads. The reason is simple because Chrome does not block these autoplaying videos as Firefox is doing.

With Firefox, the users are going to have the option to whitelist the websites of which they don’t want to see the video ads with sounds.

Another problem dealt in this Firefox update:

The attest update of Firefox has also taken care of the other main internet problem. The problem is the websites that tend to jump around due to the slow loading images as well as the advertisements.

The new Firefox 66 introduces a new feature called “Scroll Anchoring”. With this feature, users will be able to lock on the specific point of the webpage. This will stop the page from not going to automatically scroll down as it loads. A common example might be like when you are reloading an article and suddenly an annoying banner ad pops up on the top of the page making the article go down even further.

Firefox has not stopped at these two mere features. It brings to users another updated feature “The New Search Box”. This will allow the users to scan through all of their previously opened tabs.

It also offers following other updated features as well. 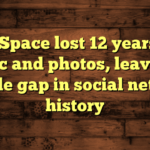 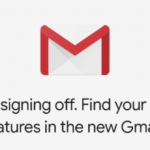