The year 20018 seems to be the quite a big and active time for all the people who have their eyes set on the “New Frontier”. Tesla launched themselves in the Space along with Kepler’s fuel running out; it was only just a matter of time when a new event was to occur.

On May 5th, 2018 NASA launched its InSight robotic lander into space to reach Mars and on 26th November 2018, the lander reached on the surface of Mars after completing its seven-months long journey. This has been another great step for mankind in the path of Space Exploration as well as in the history of mankind. The lander upon reaching the surface of the Red planet reached almost the speed of 12300 miles per hour which is a surprising speed from the human perspective.

After curiosity and Opportunity Rovers, InSight is the third functioning spacecraft to be currently on Mars. After landing Insight has already sent back two photos from Mars.

It did not take long for the people of the internet to post Memes and Jokes about these photos.

Scroll down to look at some of the funny reactions of people to NASA’s InSight’s first photos from Mars. 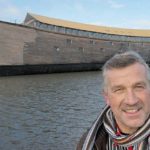 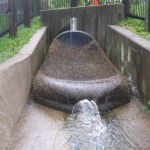