Apple has released its new iPadOS a little earlier than when it was expected to happen and this is the latest action from Apple who sir leasing its new OSs a little haphazardously causing them to be riddled with a  few bad things on top of the good things. As the final version of the new iPadOS is to be released sometime alter this year, the betas have been out and the review is a little biased. The reason is simple like all the betas, the new iPadOS also is riddled with its own bad things but this does not mean that there are now good things.

The question that everyone has been asking about the beta of the new iPadOS is that is it safe for installing it on your device? As per the research we have made on the beta, it is likely so and is even worth it with all its bad features. The new iPadOS has been based off of the iOS 13 but it is a much more stable update as compared to the iOS 13.

If you are still not convinced then go ahead and try installing it and check out the new ways to handle the window and web pages on the iPad. They have been made much ore better and it feels like the new update is more of a power-user focused one.

The things that have been improved and made much better than they were before in the new iPadOS are as follows.

Among the many frustrating problems of using the iPad before was that the user has a big screen that shows the blown-up version of the websites that appear on an iPhone. You can blame this fault on the developers but the cold heart truth is that the advanced features of the web are to be used on a desktop browser with the help of a mouse.

The recent fix to this problem by Apple was to make the Safari much ore improved. It feels like the Mac version of Safari now, meaning that the websites are now going to appear as the desktop version on the screen of the iPad.

To use the word Windows for an iPad seems a little weird as it does not fit the criteria. What a person does on the iPad is to put their apps in split screens with the ‘Slide Over’ feature. But with this new iPadOS update, Apple has provided more power options to the Power Users.

The biggest change made by Apple is for the ‘Slide Over’ feature which allows the apps on the iPad to now float on the right side of the screen. This allows the apps to be in stacks while having its own multi tasking. You can use them to access any particular app and then dismiss the rest. This feature is great for Notes, Music, and Messages. It now feels like having a little iPhone right on your iPad.

The Home Screen improvements from Apple in the new iPadOS include the user having a denser icon grid where one can set the ‘Today” widget and then permanently pin them on the home screen. When a user long presses the icon on the home screen, it feels much more responsive than before and the popped up context menu is also useful.

A pro tip here is to long-press an app icon and then drag the finger up to the options of the popped up context menu.

Pinching on the onscreen keyboard allows it to turn into the little floating keyboard just like that of an iPhone. This keyboard can be dragged anywhere on the IPad’s screen.

A user can place it on the right of the screen and then sue the QuickPath feature to slide their thumb over the letters for typing. This allows for typing on the iPad while holding it smoother.

The main reason that this keyboard is great is that it does not take up one-third of the total screen view.

Apple has paid extra care to put the Dark Mode in the new iPadOS as it is just more than a simple inversion of the Black & white. A surprising number of apps are going to be compatible with this mode.

The one great thing about Dark Mode is that it can be set up for a schedule just like you can do for the Night Shift. The Dark Mode is going to stay here for a while because it allows for the screen to have a better view at night time.

While the Photo Editing tools are not new for the iPad they have been made much easier and intuitive than they were ever before. The one major improvement in photo editing tools is that it can now also be applied to the Videos as well.

The few features that are a little hard to grasp on are as follows.

Managing apps is a little hard:

While the new iPadOS offers to multitask for managing windows, it is still not that easy to get a grip on. There is not a definitive way to know if a link, a note or any other thing on the iPad can be opened up by long-pressing it. The only way to learn is through trial and error. You need to long-press that certain thing on the iPad and then wait for the option “Open in New Window” to pop up.

This time Apple worked relay hard to have the text interactions be right on the new iPadOS by making it intuitive and a little faster. You only need to drag and the finger while tapping on the text o highlight it. After that, there are several gestures with 3-finger use to perform actions such as cutting and pasting.

A pro tip for the beta users of the iPadOS is to simply ignore this 3-finger gesture and focus on the 3-finger tap feature.  This will allow for a popup menu to appear that is much easier for users.

Fortunately for the users, the catastrophic bugs such as the data loss in the iCloud have been taken care of completely. But the new bug is that the apps often freeze up or crash. In addition to this, apps sometimes take much longer to install. 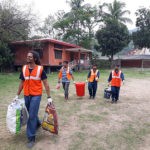 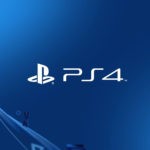