In the scientific journal titled ‘Nature’, Google announced to the world about new of the company achieving quantum supremacy’. This achievement from Google came only after one of the news getting leaked when the papers of Google were published accidentally.

Now the news is official and the details about the research are public too. With the full details of the research being public, the scientific community can now make their own inquires of what Google has achieved.

According to Google, their 54-qubit Sycamore processor is able to perform the calculation in only 200 seconds which the world’s most powerful supercomputer might need 10000 years to complete. This means that the calculation which is about the generation of the random numbers is now completely impossible for the traditional quantum computers to perform.

Still, IBM the company known as, which operates the Supercomputer that Google has claimed to have beaten in calculation capabilities, the main competitor in the quantum computers has denied these claims of Google. IBM released a blog post in which the company stated that the same task can be performed by the classical supercomputer system in only 2.5 days which Google claims that can be done in 10000 years.

IBM also pointed out that Google has failed to account for the plentiful disk storage which is to be estimated as to how long will it take for a supercomputer to perform the calculations.

Despite the efforts of IBM to downplay this achievement of Google, the scientific community has embraced this massive news with open and warm arms. The New York Times quoted the breakthrough of Google to be as big as the first flight of the Wright Brothers’ plane back in 1903. While the tie for everyone to have the quantum computers in their homes might still be in a distant future, at least, Google has provided the proof that such a future can one day finally be possible. 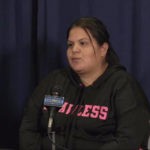 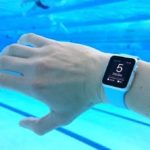