Over the past few years, Drone Delivery has been the part of many of the flashy promo videos. Still, after many years, these Drone Deliveries have not been available for everyone to use whenever they feel like it. While that might the case for the rest of the world, in one particular part of Australia they have won the ability to deliver things by drones via air.

According to the drone service named “Wing”, they have won the right to have limited drone delivery service available in Canberra. Wing is the part of the company named Alphabet, which also makes it one of the corporate siblings for Google.

In the starting ashes of these drone delivery service, it will only be available in the three following suburbs of Australia.

With the passage of time, these services will also expand but at the moment it is limited. According to tech media, the drone delivery service will only be available for daytime with the ability to deliver following items without flying over major roads.

This regulatory approval was won by Wing from the Australian Civil Aviation Safety Authority after constant testing for five years in the country.

While it might sound and seem insignificant to be launched in a small part of the world, it still has many important reasons for it being significant.

The first reason is that the launch of a drone delivery service and the option for others to have this service will get major approval from the public.

This will also provide Alphabet to have an advantage over its rival tech delivery service Amazon. Amazon has also made huge strides in drone delivery with their trails.

Their trials include the ground-based delivery system with delivery robots that are working currently in Washington.

Wing on the other hand has plans to offer the drone delivery service by some time this year in Finland too.

Snapchat redesigns the camera; it can now ‘scan’ for GIFs and can even help with the math homework 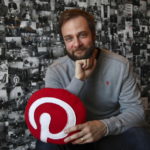 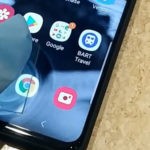