Well, at least one lucky part of Europe is going to have its meatball deliveries made by technology from new heights.

Earlier on Friday morning, Wing announced that after having successful testing on its version of the Drone Delivery Program, they are going to start the service in Helsinki, Finland. The service will be started in Helsinki in a few upcoming weeks time.

Wing will start the airborne delivery program with their main focus being on delivery of food items such as the following.

The recipients of this new amazing drone delivery service will be the people residing in the seaside district located on the Eastern side of the Finnish capital named Vuosaari.

Wing is going to partner with the local food businesses such as the Cafe Monami and Herkku Food Market for making food deliveries via air which will, theoretically, deliver the orders of their customers much faster than those deliveries made by ground.

Wing; A Part of Google:-

Wing is actually the subsidiary company of another company named Alphabet, which itself is a subsidiary of Google.  This, in turn, makes it a corporate cousin for Google. Alphabet is making progress in the drone delivery service with its services slowly tapping into certain markets for the past few months. Back in April, Wing made deliveries in Canberra, which is the capital of Australia.

As for the support of drone delivery service by Wing, the promise to provide it was made by the company last year.

Just like the drone delivery service being limited to a few suburbs of Canberra, the Helsinki will also have a limited service. As for the Australian Drone program, it is bound by local laws which have prevented them from being flown over major roads at night time.

With these early programs starting in Finland and Australia, Alphabet has a head start over many rival companies with one being the delivery giant Amazon. This e-commerce company had plans for launching such service by the end of 2018 but they still have not come up with anything even after Bezos presented the idea 5 years ago. 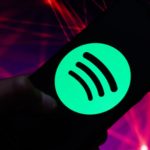