Google has finally found itself a new big partner in order for it to push its game streaming service named Stadia in the US which is Verizon. Last night both of these companies announced that the new customers for Verizon Fios who had signed up for Verizon’s Gigabit pan will be getting the free of cost Stadia Premier Edition along with the 3-month subscription for Stadia Pro.

These subscribers of Verizon Fios will also be receiving the Stadia controller along with a Chromecast Ultra for using the streaming service on their TVs.

This new deal from Google and Verizon will start from January 29th and after the 3-month free subscription is over, users will be charged with the normal Stadia subscription of 9.99 dollars per month. As for the Stadia gadgets, users will get to keep them without incurring any cost. The Stadia Premier Edition can usually be bought for a price of 130 dollars.

As for the Verizon Fios gigabit package, it usually starts at the monthly subscription fee of 79.99 dollars per month. Verizon recently unveiled the new mix & match approach for the internet service that will allow for the previous customers of Verizon to opt for the Verizon Fios bundle on both TV and internet.

Another option is to get a combined streaming TV service like YouTube TV. Google and Verizon have both partnered up on this front and are giving the customers of Verizon Fios 1 month free subscription for the TV service.

If Google needs Stadia to get more credibility over console gaming, Google will be required for making more such deals that will allow for greater exposure to Stadia. Verizon also said that they will have more Stadia Promos for their customers of 5G Home and also stated that Stadia offer might get stacked up with the 1 year free Disney+ for its Verizon Fios subscribers. 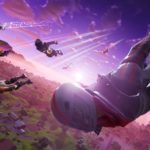 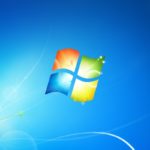