YouTube TV is now not the service with the reasonable subscription price it was once used to be back in 2017 when it was launched.

On Wednesday, Google made an announcement that they are increasing the monthly subscription price of the YouTube TV from their previous $39.99 to now a jacked up price of $49.99. If you are frustrated to hear this, then hold on to because Google also reportedly announce that users that are billed through Apple, they will be paying a sum of %54.99 per month.

The price increase was deemed effective immediately after the announcement for all the new subscribers. As for the old subscribers of the service they can expect to see it on their next billing cycle that is after May 13th.

Although this price increase of YouTube TV is not an ideal one for the customers, it still comes with many positive changes as well.

YouTube TV is already presenting 70+ live TV networks as well as a Cloud DVR. But now after the price increase, YouTube TV will present 8 of the new following Discovery channels.

In addition to this YouTube TV also now adds the EPIX and later this year, YouTube TV is also going to obtain the Oprah Winfrey Network.

Back in 20187, when YouTube TV was launched, it offered the people to ditch the cable for good as an alternative to many of the following TV streaming services.

Back then YouTube TV offered a subscription price of 35 dollars per month and was considered the most optimum online TV streaming service with its wide channel selection as well as its Cloud DVR with unlimited storage.

Google Drone Delivery service gets approval in Australia for public use 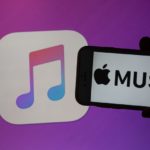 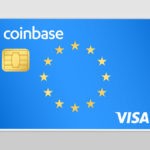