Google Maps is soon going to present its users with its very own Incognito Mode.

At the Google’s I/O Event held earlier this week on Tuesday, Google announced that that they would be bringing the privacy settings to its service called Google Maps in the few upcoming weeks.

How will it work?

Once the service is launched for everyone to sue it can be used in the following way.

User will need to only click on their profile picture of their Google account as they use the map service. From there they will be able to use the Incognito Mode by turning it on or off.

With the Incognito Mode turned on, as the users’ uses the maps, the service will not be able to save any of the search activity for the locations that the user receives directions for.

This is another great step by Google as it presses forward on the privacy agenda. Prior to this announcement, Google announced another news last week that they will now be erasing the Location History as well as other activity data on a regular basis. The auto-delete feature can be set by the user.

In addition to the Google Maps and Location History, Google is also making steps in presenting its Incognito Mode for its many other services. One such example is the “YouTube for Android”.

One of the major steps in the privacy taken by Google this year is to close the loophole once and for all related to the websites that would bar the users from opening their websites in the Incognito Mode of Google Chrome web browser.

Google has also made an announcement that it would counties to roll out its Incognito Mode on its app products such as “Google Search” sometime later this year.

Well, all of these are great steps by Google when it comes to privacy as tech giants are invading the privacy of its users day by day.

Bloomberg report, many iOS and watchOS features are coming this year soon 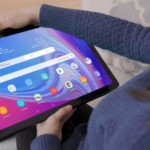 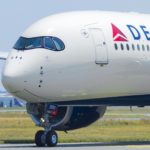