Google has finally named its new version of Android officially as Android 10 which is due for release this fall. Google broke its 10-year long history of naming the Android releases after codename such as Desserts.

The name for the Android Q is now Android 10 and for next year it is going to be Android 11 and then so on.

The name is not the only thing that Google has changed. The other major change is the logo of the Android which has been updated. According to the global brand director of Android, Aude Gandon is a wordmark of more modern nature. Still, it is going to always have that green-colored robot. This robot is the one that makes Android special. This robot makes the logo fun and approachable.

According to VP of product management for Android, Sameer Samat, the original reason for Google to choose this release as a means to switch names in his words are as follows,

“We are going to deal with that skepticism. We have some good names, but in each and every case they leave a part of the world out.”

Android is a software brand that is currently being used by a lot more people living in Brazil and India than in the USA. So when going for an English word for the desserts actually leaves a lot of regions out of it.

One other change that Gandon’s team made in the new Android logo was to move its eyes a little lower in a subtle manner and also tweaking its antennas. Gandon says going forward they are going for the Green and Gray color for the logo. 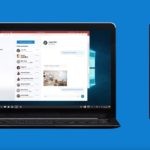 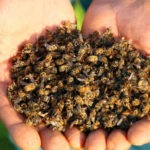