Today Google made an announcement on Twitter that they are in the making of a process to roll out a new AI feature for their Lens platform.

This new feature will let the users search their library of Google Photos for the texts that tend to appear within the screenshots and photos. From there, users will be able to copy that text and then also easily paste it on notes, forms or documents.

How the new feature works:-

This new Lens feature works by a technique known as the OCR (Optical Character Recognition) along with having the copy and paste option that is built upon the existing ability of Lens to understand as well as pulling out the text found in photos.

Google announced that this feature is already available on many of the Android devices but is not yet active in iOS devices. Users might already be able to locate their photos for text by using Google Photos on the web browser.

This will allow many users to copy the portion of a text from any of the Google photos and screenshots in their Google Photos library. The most impressive part of this feat is that the user will able to search for the snippet of text without having to pick a photo.

This means that the Google OCR feature is working on the user’s entire collection of photos at the same time and also doing it automatically.

Google said about the Lens feature, “Starting this month, we’re rolling out the ability to search your photos by the text in them Once you find the photo you’re looking for, click the Lens button to easily copy and paste the text. Take that, impossible Wi-Fi password.”

Many think that this feature relates to the news that the CEO of Google Sundar Pichai announced back at the Google’s I/O Developer Conferee back in 2017. He said at that time they are working on an Ai-powered camera lens that will understand the context of any photo. This will allow the user to simply point their camera of smartphone towards their password sticker of a Wi-Fi router and it will automatically connect their device for Wi-Fi connection by the software reading the underlying password and understanding the need of the sure to connect with the network.

After that Google Lens has been used for its ability to search through the web for finding photos, adding contact information off of a business card, searching for menu items and all of the many other OCR related things.

But this new Google Photos feature is the large scale deployment of that previous AI-technique that will make the entire photos library of the user searchable for giving them the ability to take out text from the photos. 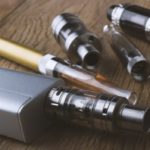