In unfortunate instances, people have found themselves drifting helplessly on the ocean, sometimes on rafts that aren’t more than a few feet long. There’s the unforgiving Sun, the sharks congregating around the raft, and the harsh, salty ocean air that causes painful sores. Tales of surviving several months at sea are rare.

China native Poon Lim was a steward aboard the British merchant ship Ben Lomond when it was torpedoed and sunk by German U-boat U-172 during the afternoon of Nov 23, 1942.The only survivor was Poon Lim. He was a bad swimmer, so he tied a rope between his wrist and the raft in case he ever fell into the water. Poon spent 133 harrowing days at sea before he was found by some Brazilian fishermen. He later got a British Empire Medal from King George VI, and the Royal Navy incorporated his experience into a survival manual for its sailors. He later immigrated to the United States, where he was granted citizenship.

On October 30, 1940, two British sailors, Wilbert Roy Widdicombe and Robert George Tapscott, landed in Eleuthera in the Bahamas after being adrift for 70 days. They had been blackened by the Sun, and their hair had formed into thick clumps. Tapscott was so weak he could no longer walk, and Widdicombe had broken his front teeth when he tried to eat his shoes. The men were the only survivors of the British merchant ship Anglo Saxon, which was torpedoed off the coast of Africa  by the German warship Widder in the night of August 21, 1940.

On November 17, 2012, Jose Salvador Alvarenga and Ezequiel Cordoba left the ports of Costa Azul, Mexico, in a 7-meter (23 ft) boat for what was supposed to be a 30-hour fishing trip. Things went south when they ran into 16 ft waves and heavy winds exceeding 100 km/h. This continued for five days. By the time it was over, they had lost all their food and equipment, their engine and radio had stopped working, and they were 450 kilometers (280 mi) from Mexico. A two-week search and rescue operation organized by fellow fishermen turned up nothing, and both men were believed to be dead. Cordoba started hallucinating by the 23rd day. Cordoba died on the 118th day, and Alvarenga claims he buried him at sea. On January 30, 2014, after 14 months at sea, Alvarenga landed in the Marshall Islands.

On October 28, 2005, a five-man party left San Blas, Mexico, on a fishing trip. One of their engines stopped working, and the other ran out of fuel, leaving them adrift. The men survived on a diet of raw birds and fish, including sharks, which they once caught with their bare hands. They drank rainwater. Two of the fishermen died during the misadventure. The boat was found by a fishing boat near the Marshall Islands on August 8, 2006. Back home, not everyone welcomed the three survivors, Jesus Vidana, Lucio Rendon, and Salvador Ordonez, with open arms. They were accused of eating the bodies of their dead colleagues, since they looked too well-off for people stranded on the high seas for nine months.

Maurice Bailey and his wife Maralyn were sailing from the United Kingdom to New Zealand when a whale crashed into their yacht just off the coast of Guatemala on March 4, 1973. They quickly inflated a rubber dinghy as their yacht filled with water and dumped anything they could get their hands on into it just before their ship sank. The couple soon ran out of food and started feeding on turtles, birds, and fish. The dinghy even capsized three times. The couple was found by a Korean fishing boat on June 30, 1973, after 117 days at sea. Their stomachs had reduced in size so much that they couldn’t eat anything solid for two days.

John Glennie, Rick Hellriegel, Jim Nalepka, and Phil Hofman were on board a yacht called the Rose-Noelle when it was overturned by a huge wave around 6:00 AM on June 4, 1989. The four men climbed onto the underside of their upturned yacht and remained there for about four months. The New Zealand Water Safety Council listed the men as dead a few months later. The four men had luck on their side. Judging by ocean currents, they should have have drifted to Chile, but they ended up on Great Barrier Island.  When they reached the shore, they found a small, empty house, where they cleaned up and changed into new clothing.

On May 3, 2017, Jennifer Appel and Tasha Fuiava left Honolulu with their two dogs for a trip to Tahiti. The trip that was supposed to take 18 days lasted much longer after the women were supposedly caught in a heavy storm that flooded their engine and set them adrift until they were recovered by the US Navy on October 25.

William and Simonne Butler were attempting to travel around the world when their sailing boat ran into a pod of whales roughly 2,200 kilometers (1,400 mi) from Panama during the night of June 15, 1989.One of the whales rammed into the side of their boat, and it started sinking fast. 15 minutes later, it was underwater, and the couple were on a rubber raft. Sharks were always coming for the fish hiding under their raft. Rescue came the day after they had used the last of their flares to signal at a passing ship. The ship didn’t stop to help, but a Costa Rican Coast Guard boat rescued them the next day, ending 66 torturous days at sea. William and Simonne had each lost 23 kilograms (50 lb).

Children Survivors Of The Titanic And Their Chilling Stories

Nobel Laureates Who Are Actually Dropouts 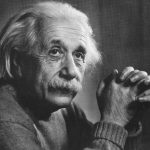 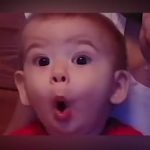